So, I do a lot of sewing that ends up at my neighbor's house.  Two quilts for her boys when they were born, one for her, the TARDIS and the Millennium Falcon as gifts she commissioned.... so she and I had discussed how I was shamefully neglecting her hubby -and what I should make for him.

He is a hockey player - but a jersey quilt was not going to be realistic because of the types of fabrics involved.

He is a Boston Bruins fan - so perhaps a logo quilt?

I pondered this for nearly a year.  I even acquired a panel of an ice rink to stash away for a backing when I was ready for it. 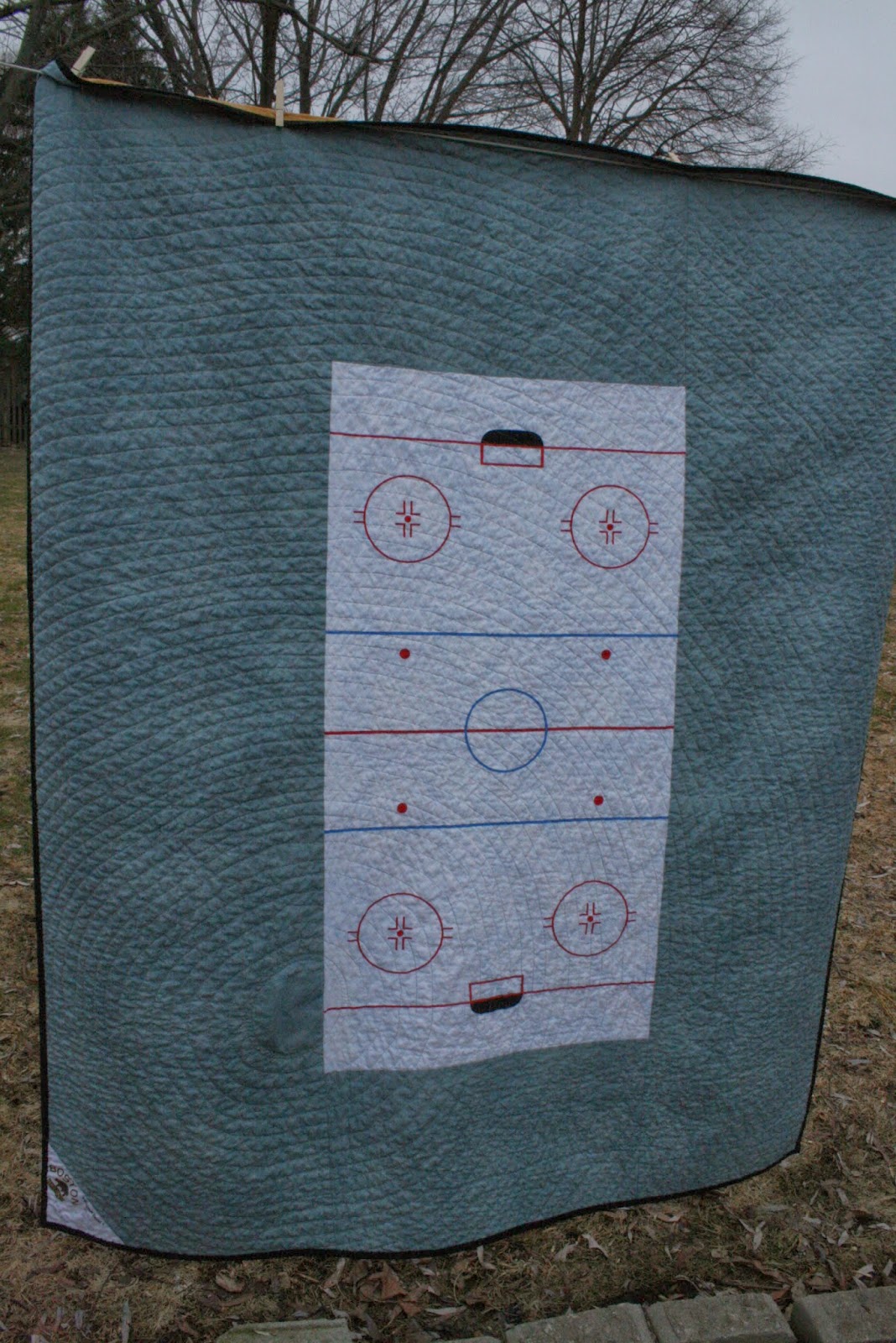 And then I found a tutorial online for a Broken Wheel block. (if I can find it again, I will repost it - but I can't find the link right now.  It was metric - so some kind non-US blogger sharing talents!)  The broken wheel looked similar to the Bruins logo- not identical but similar enough that it caught my imagination and I thought I could have fun interpreting it.  I dove into my stash for golds and blacks (including some golds left over from the Millennium Falcon and blacks left over from the camera quilt), added a bit more gold and some black yardage - and hand built a "B" for the big block.  I printed the logo from a coloring page, cut out the large B in black, and then the accents in gold - zig zag stitching all around each both inside and out.  It gave it the texture of a vintage high school sweater letter. 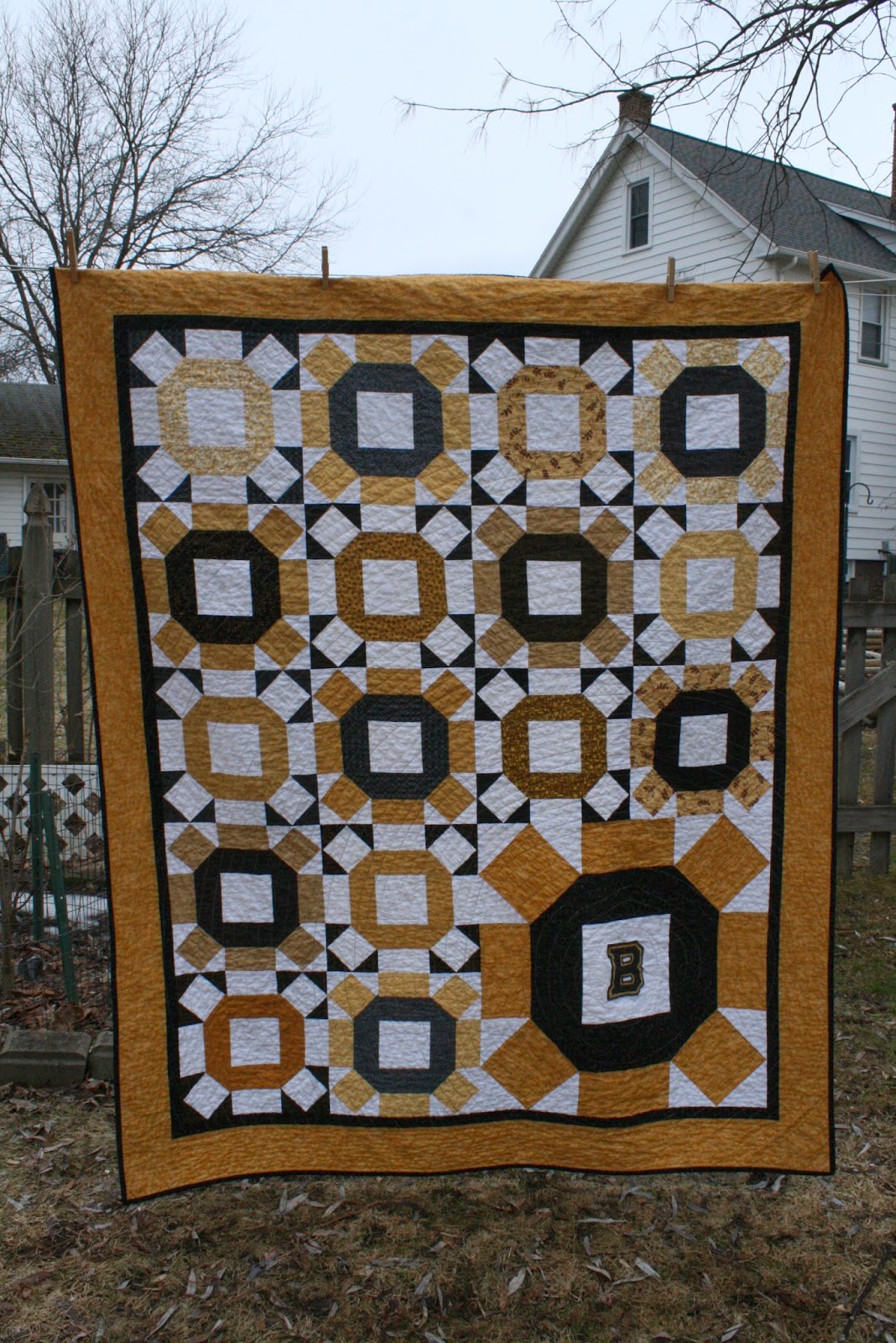 I quilted it in concentric circles as I felt that would work best from both the front and the back.  They were a bit wobbly in some parts, but so are hockey skaters, right?  It's not like figure skating with perfect figure eights, right?   Once again my variegated Aurifil threads came in handy - adding some dimension to this essentially three color top without taking over.  There was a black based variegated on the top and a primarily slate blue variegated on the back. 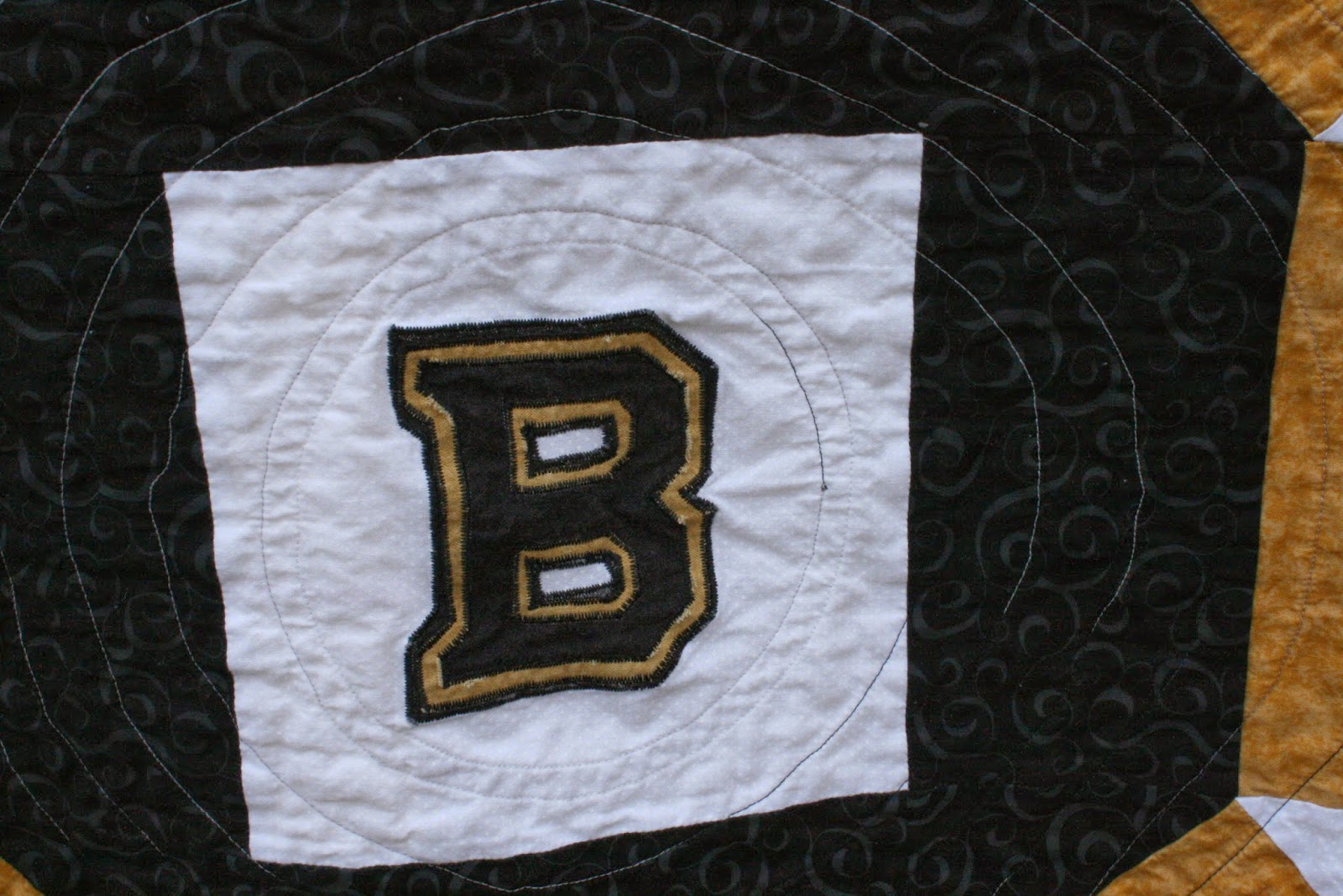 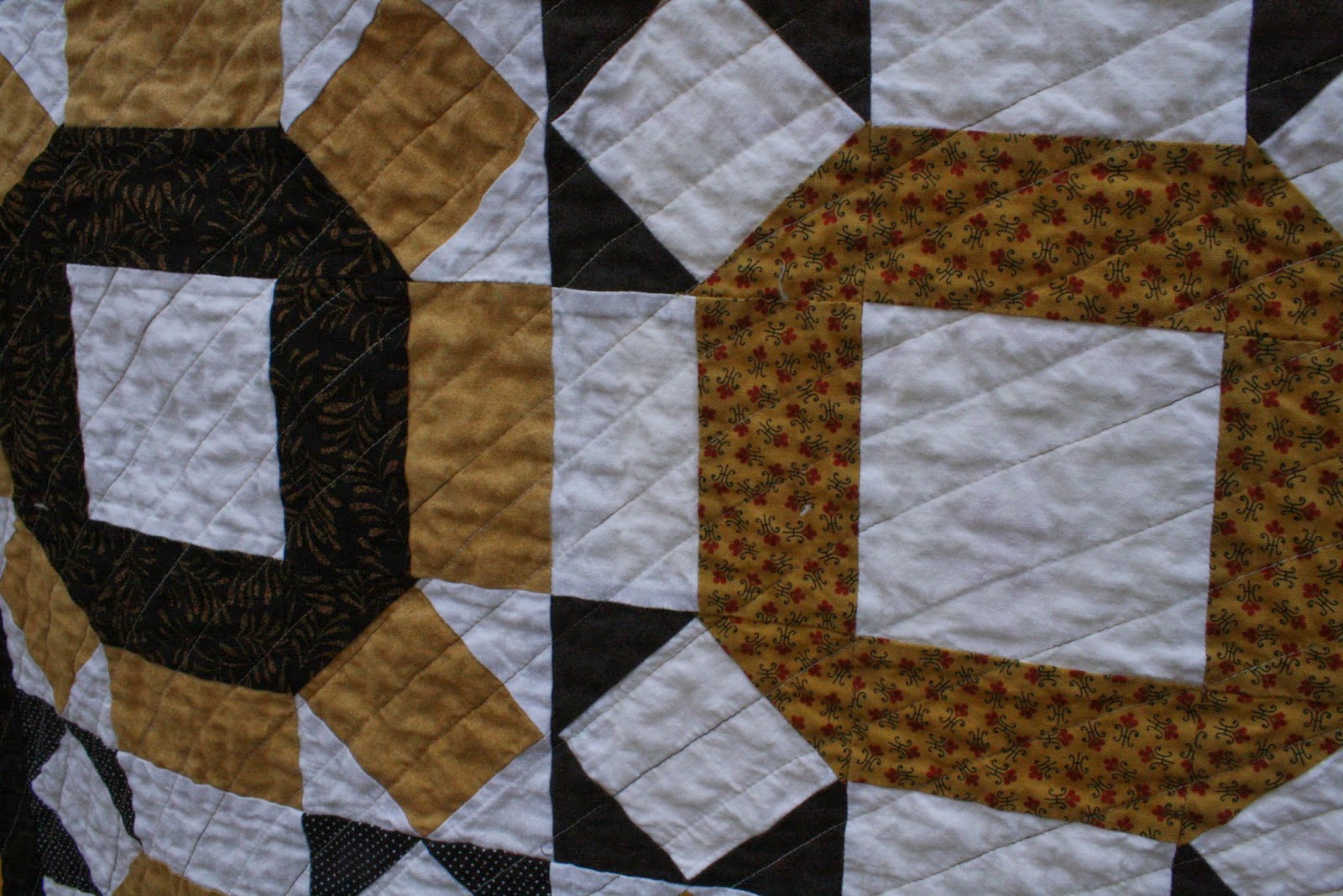 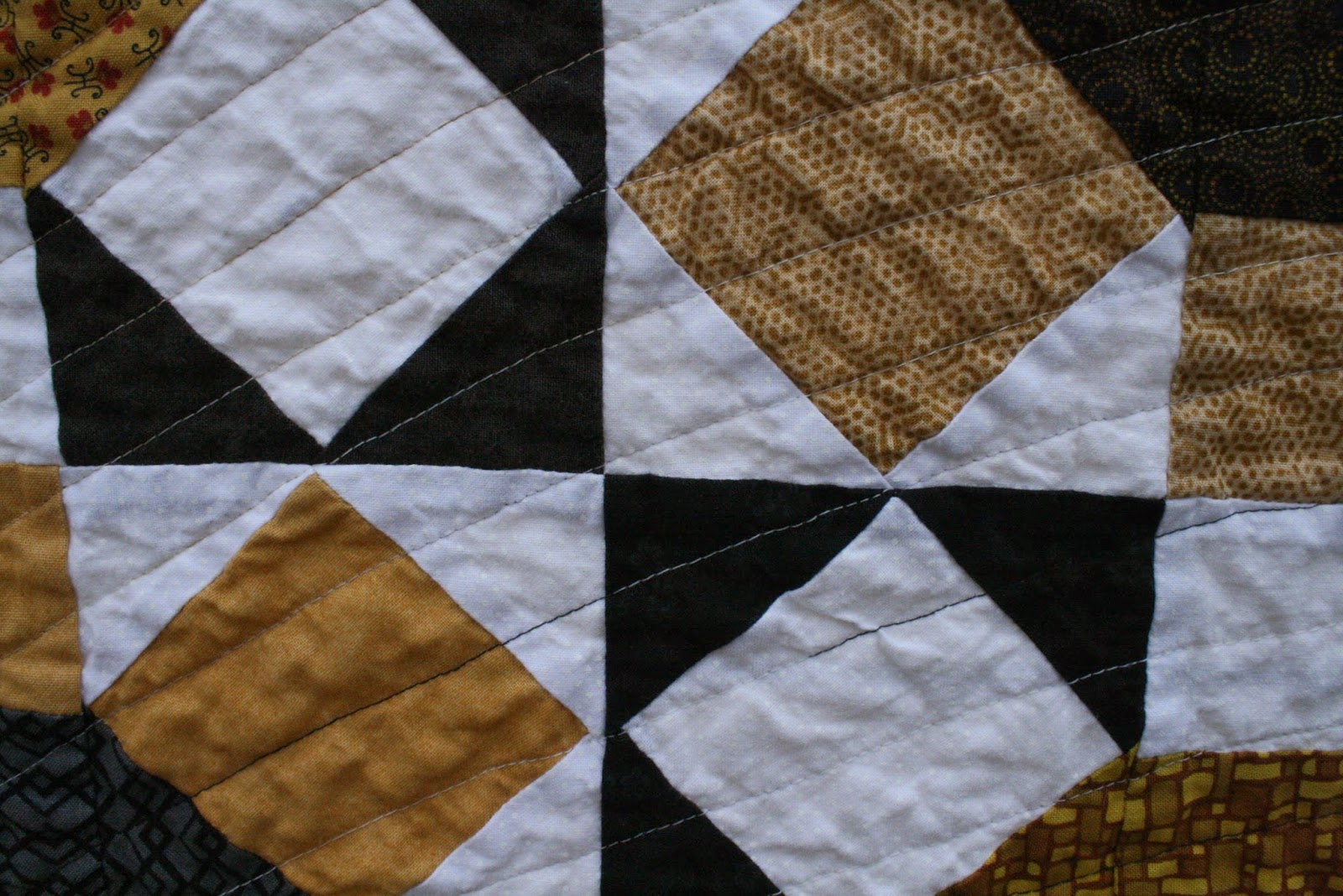 Saturday was his birthday - so "Wraparound" was given to him then.  I wasn't there -so don't know how he feels with my interpretation of his beloved team... but now their family of quilts is complete.

Unless I make one for their dog? 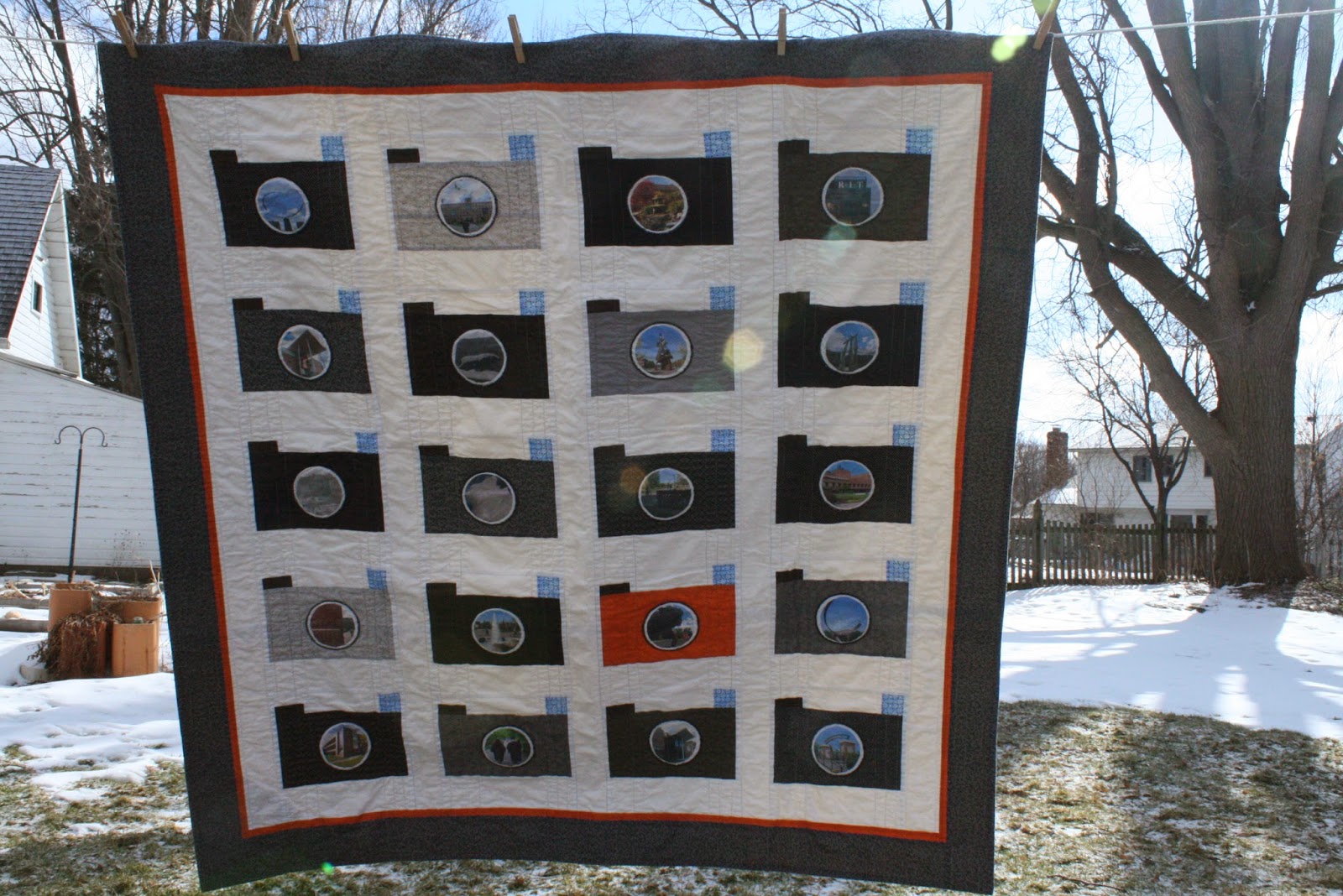 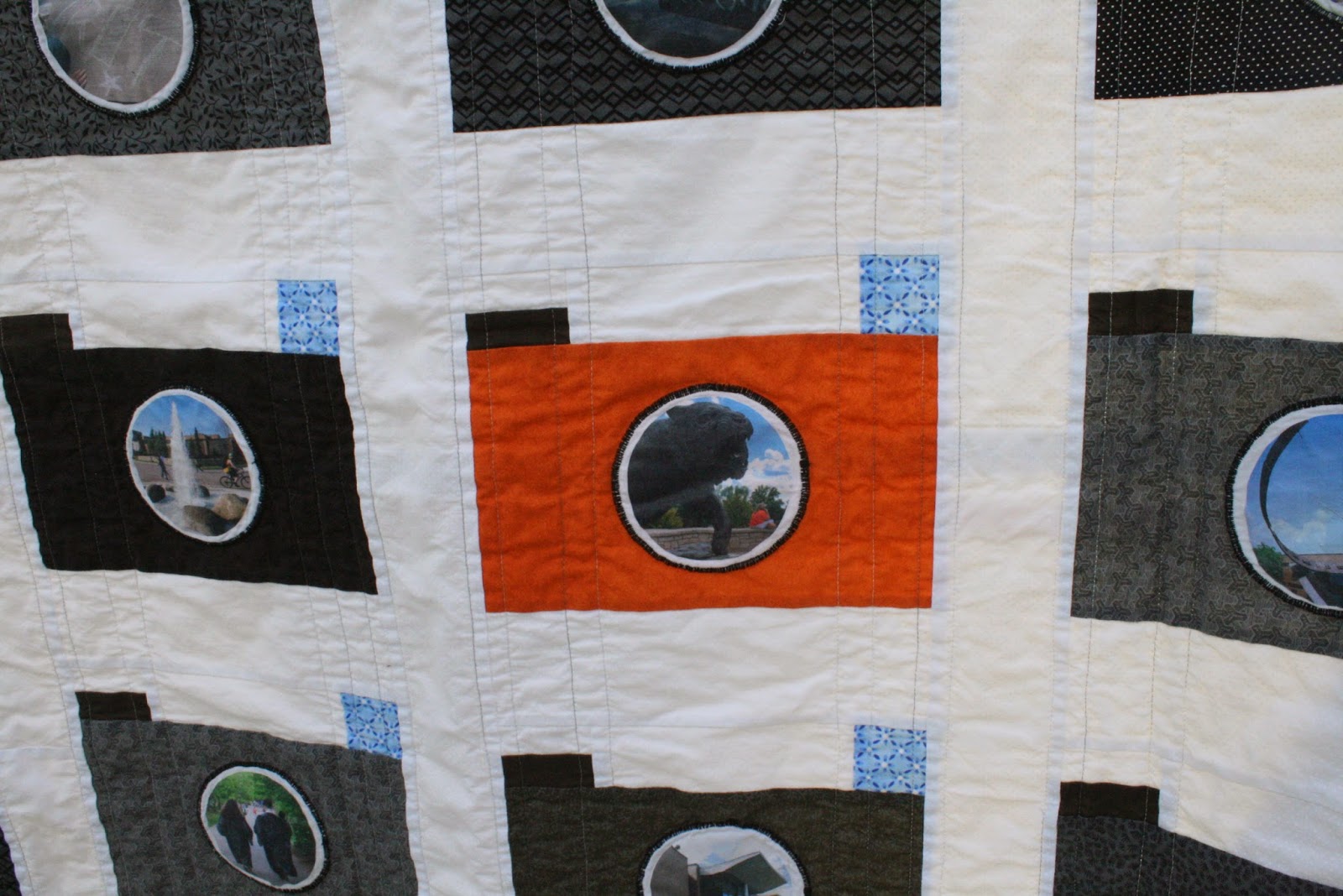 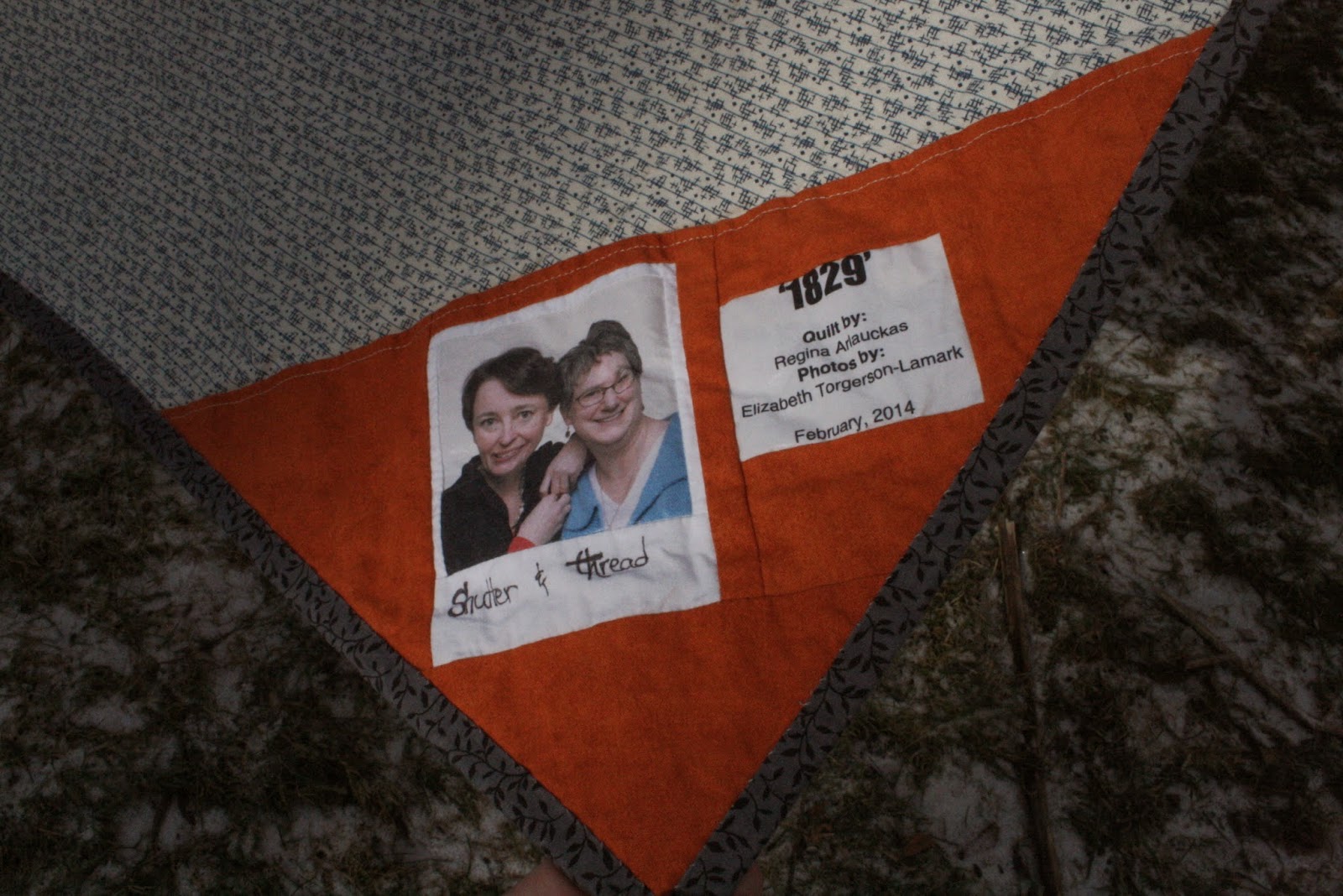 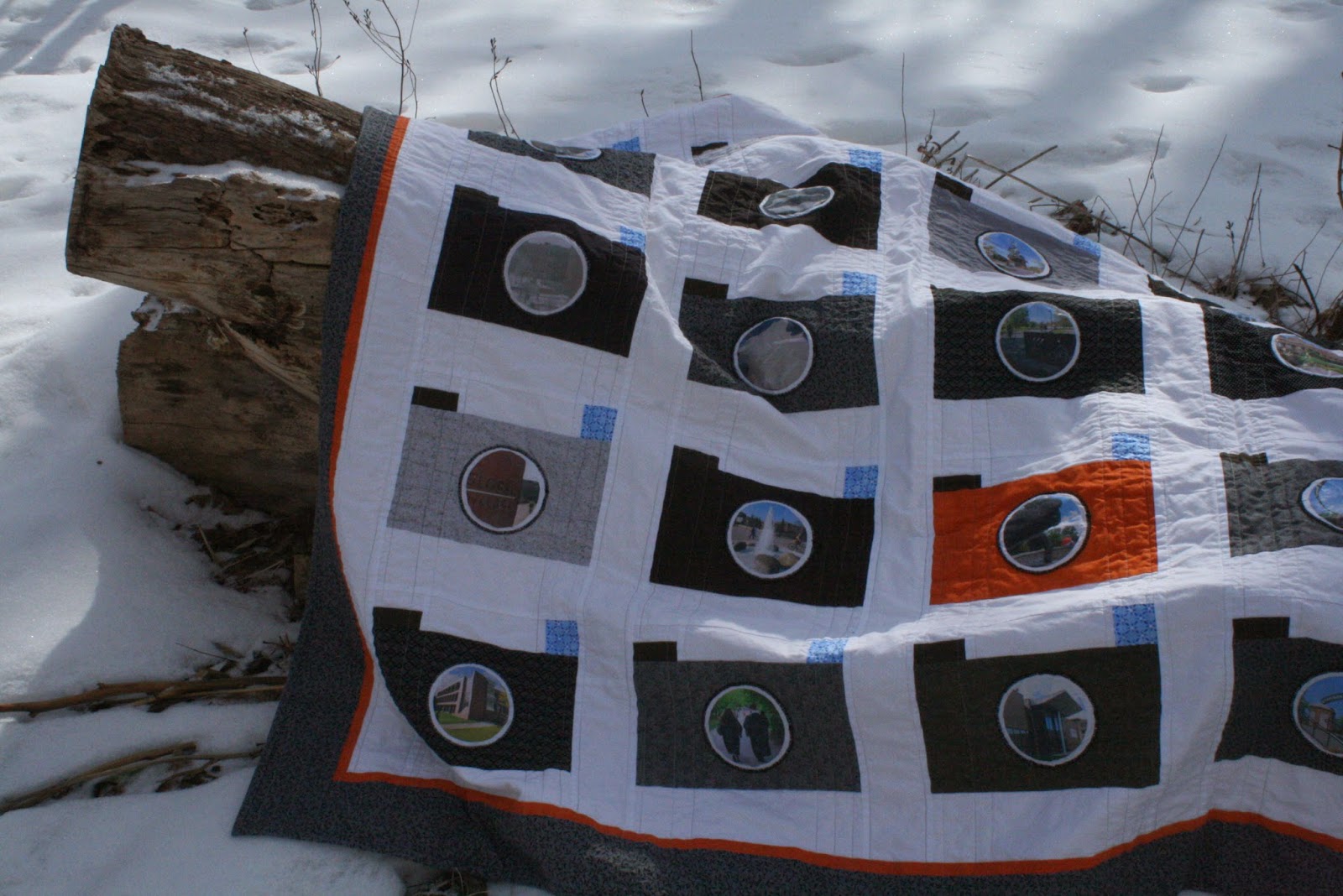