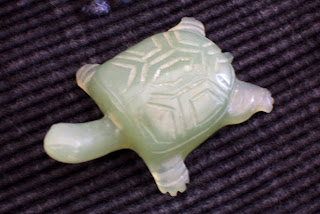 When I flew to Japan in 1990 to begin my three years of teaching with the JET Programme, one of my seat mates on my flight out of Atlanta was a young man named Rich from Florida. It turned out that Rich and I were being posted to the same city, and we quickly became fast friends.

In fact, during one of our initial training retreats just weeks after our arrival in Kanazawa, our mutual love of football (although we never got past that Florida/Clemson thing) led us to start up a conversation with an American Football Club team practicing at the same facility. His lack of Japanese language skill and persuasiveness in twisting my arm led us to then spend many Sunday afternoons together as he played and I "managed equipment" and acted as his translator for the Kanazawa Weissenberg Football Club. (Of course it did not hurt any that there were some nice, young, professional good looking guys in the group, either. I had a thing for Japanese men at the time...but that could be another whole series of posts!)

Prior to teaching in Japan, Rich had spent a year teaching in China and he traveled back to China on a few of his breaks. When he learned of my turtle collection, he promised he would bring me back a jade turtle from one of his visits.

This little guy was the result - he's kind of pale in his head and feet, and has a deeper green in his shell, but is overall not very "jade" looking - I think he was the only quality of jade that was in Rich's budget.

I credit Rich with keeping my sanity during my low points of homesickness, lovesickness and cultural frustration during our time in Japan - and I think/hope I did the same for him. He now lives in Nevada - and I have not seen him in about 10 years - but this little turtle is a reminder of a good friend.

I think he disowned me when I sent a Clemson baby outfit for his first child??!! Go Tigers!!
Posted by Regina at 1:06 PM

Labels: Japan, turtle of the day

Love the latest turtle of the day... he's a cutie!
I also love your new banner heading for your blog!
Love you!
c